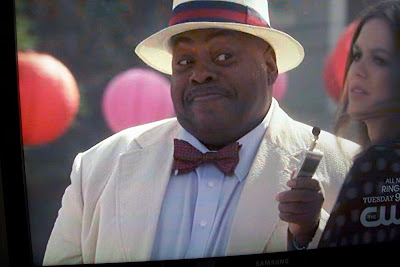 "After our tete a tete, I believe I've figured out why so many men are disappointed with the clothes they have tailored. They simply don't put enough work on the front side to be able to articulate what they truly hope to receive on their backsides." Feb 13, 2012
Today was first fitting for the White on White seersucker suit day. I left the alchemist's not knowing whether to laugh or cry. Either would have helped.
"I spent a week prior to our meeting, stealing ideas from sources far and wide, measuring my favorite clothes, then making, bringing and leaving a copy behind, with photos, of my list of wants, to ensure that nothing significant was left to chance. I have little expectation that it will work, but I'm learning as I go along. I hope I'm not disappointed if all goes as well as planned." Feb 13,2012
"Significant" is the operative word here, it is a pliable word. What is significant to you may not be to me. What's significant to me may not be to the alchemist. I left out a biggie.
After exchanging fulsome greetings I said to the alchemist, "Dazzle me", and he did. I won't make excuses for him. I blame only myself. He isn't from here, he arrived on our shores from some distant post in communist Eastern Europe. His English language skills are better than my eastern European, and he cuts and sews like a madman, but occasionally nuance skips right on by.
I was dazzled. I slipped on the best fitting suit I have ever worn. I felt like Jeremy Irons looks, but it was 100%, entirely, positively unwearably, wrong. He saw my disappointment and was hurt. "What's d'matta?" he asked.
Fat men do not wear horizontally striped seersucker, even when it's white on white. Imagine a suit that looks like a Martha Washington blanket. 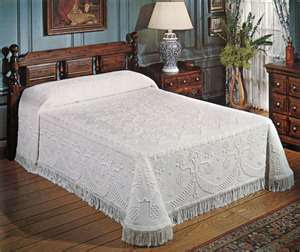 I've reordered the fabric and we shall begin again. May all my problems be so easily solved.
Toad
Posted by Toad at 12:00 AM

Fuzzy, as Mr. Minimus would say.

One of the funniest episodes of M*A*S*H was when Trapper ordered a pinstripe suit from a Korean tailor, and it came back beautifully fitted -- and horizontally striped. Perhaps the next round will go better since fit has been established; the left-to-right version could be seen as a muslin first try. :)

oh no... I thought that only happens on sit coms.
Andy

Beta, that is pretty much my life. At first glance the suit looks OK, but you know something unidentifiable is off. Once you figure out what, then you begin to wonder about the guy wearing it

I would wonder about the guy making it, not the guy wearing it. Unless you're thin as a pencil, no one wears horizontal stripes. He should have known this and no amount of chalking it up to a language barrier will convince me otherwise.

I'll pray for you, Toad.

I'm sorry to hear of this setback...however, it did make me laugh outloud, for which I thank you! Who does that? Horizontal searsucker?

Oh my, Toad! I thought of the M*A*S*H episode too.

"Who does that? Horizontal searsucker?"

Mr. Minimus has all kinds of things custom made in horizontal stripes, probably pays extra for it, too.

Were I as trim as ADG I'd wear nothing but horizontal stripes. Alas, I am not.

Oh no! I would've cried! Weird that the tailor didn't know stripes are always vertical.

It's really odd that your tailor didn't cut the suit on the grain of the fabric (i.e., parallel with the selvedge), as this is standard with all suiting material. An experienced tailor or seamstress should know this without being told. Furthermore, a tailored garment, such as a suit would never hang properly with fabric cut across the grain, it would bag and stretch out in a very unflattering way. Fabric cut on the grain will drape nicely; cut across the grain it will rumple.

Sorry for the treatise. It's not your fault. Your new suit should look terrific and be delightful to wear in hot weather.

I was disappointed with some tailor made clothes I bought while on holiday in India. The fabrics were lovely and technically they fit OK, but in that country they apparently wear things much looser than I'd envisioned. I didn't order anything in seersucker, so don't know what they might have done with the stripes...not sure you can chalk that up to language problems, however. Good luck with the next version!