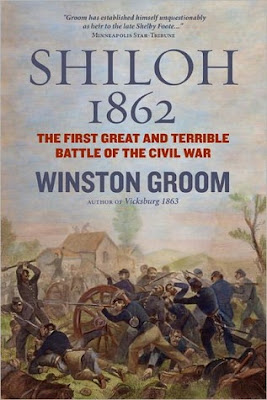 This weekend marks the 150th anniversary of the US Civil War Battle of Shiloh, the first major battle of the war, and perhaps the most important Union victory. The Union army headed by Generals Grant and Sherman along with 40,000 troops were surprised by 30,000 rebels under the command of General Johnston. Barely a year after Fort Sumter fell, few soldiers on either side, except those in Grant's army had ever been in battle, and most were young, brave, men unprepared for the carnage of 23,000 casualties over 2 days.
While it is easy to play what if, some what ifs include the likelihood that the Union victory kept Kentucky and Missouri officially, if not always in spirit, in the Union. Until near the end of the war, the Confederacy maintained a policy of not invading the north, hoping to appeal to British sensibilities.
Had Grant been defeated at Shiloh, no other Union Army stood in the way of the Confederacy attacking St. Louis, and cities north. Grant probably would never have been heard of again. As it was, Grant wrote in his memoirs that he realized at Shiloh that the Civil War would be a war of attrition, it might take a while but superior numbers would prevail over the south.

Winston Groom, author of Forrest Gump and a number of histories has recently published Shiloh 1862, a history of the Battle of Shiloh. If you have an interest, he's making the rounds of television and radio appearances. I recommend you give a listen, he's a wonderful speaker. The book is on my nightstand, but I haven't yet begun.

Why Shiloh matters by Winston Groom.

Manoman that blog's good reading [even though it does make me so sad to read and imagine it happening].

I'm gonna get educated yet through the online courses at Toad U.

With thanks to you, and Happy Holy Weekend to you and your bride,

Many thanks Flo, and many blessing to you and yours.

To all of you as well.

Good post - one of my favorite short stories is "Shiloh," by Kentucky author Bobbie Ann Mason.

Had a G-Great Uncle killed at Shiloh with a Texas unit while his brother was running around with Sibley in New Mexico.