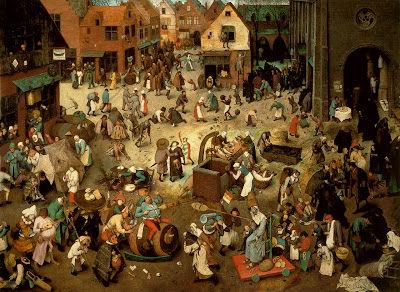 Bruegel-The Fight between Carnival and Lent
In western Christian churches, today marks the beginning of Lent, a season of fasting, reflection and penance in preparation for the coming celebration of Easter. But where does the name Lent come from? What does it mean?

As we discovered this last week, in some Celtic neighborhoods long before they ran out of room and settled in Scotland and Ireland, March was known as Lenct-Monath or the long month, as the hours of daylight were becoming longer than night.
Before going soft, the Roman church celebrated 2 annual periods of penance, fasting and preparation- during the weeks prior to Christmas (Advent) and Easter (now). The Easter fast most always begins in March- hence the Lenct fast. The name stuck, traveled well and eventually became modernized- to Lent. 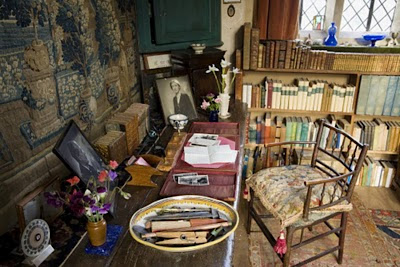 Today marks the anniversary of the birth of Vita Sackville West, the patron of garden writers and creator, along with husband Harold, of the fabulous gardens at Sissinghurst Castle. Her collected garden columns are a treat to read, but more provocative is the biography writen by her son Nigel Nicolson of her life with husband Harold "Portrait of a Marriage."

They loved each other deeply, just not exclusively. In many respects they lived too soon.

Dear Toad, I think Portrait of a Marriage is one of the most moving books I have ever read; thanks for reminding me of it. What a nice birthday to celebrate--visitors to south England will enjoy Sissinghurst as well as Great Dixter.