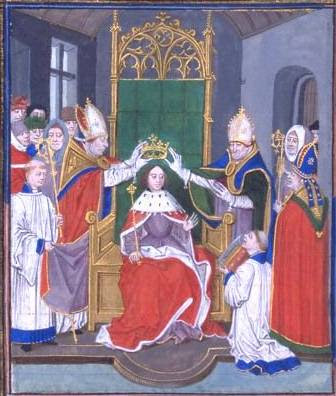 Having learned an important lesson while under the thumb of the British Empire, America's northern neighbor, the nation with the world's only democratically elected monarchy, holds its royal election this coming Monday. Canadians learned from British experience that if one was born to become monarch, maybe it could or should be you, or god help us, me (but I'm not Canadian). Hence the election.
Every 5 years, Canadians elect a new monarch. The old one is pensioned off, a new one comes in with ruffles and flourishes, bowing and scraping aplenty, and the 5 year cycle repeats. Presently, there are more retired Canadian monarchs alive than living former US Presidents. I find the Canadian system and related pageantry splendid.
Editorial and parliamentary reaction in Britain and other Commonwealth countries, the first time the election was held, was apoplectic. They called the plan loony, an insult to monarchies everywhere, reminding the Canucks of the divine right of kings and then continued their diatribe spewing other hurtful words. Canada's first elected king, Lonergan I (Steve the Bald, elected 1967) had a plan.
The resourceful king, in a typically Canadian "back atcha", nicknamed their currency, the Canadian Euro, the Loonie, saying "we ain't loony, this is, eh." Loonie has been printed on all Canadian legal tender since. 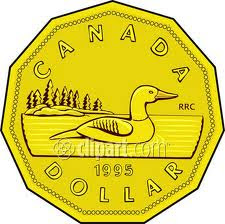 Naturellement, le Frogs, in Quebec refuse to vote in Anglo elections. "Dauphin oui, Canuck roi, non" is l' Quebecois provincial motto. Before the monarchy, what is now Election Day, was known as Victoria Day, the day set aside in Canada for summer. The monarch is moving, long live the new!
Who says American's know nothing about Canada? You may now go forth and amaze your friends.
Toad
Posted by Toad at 12:00 AM

Don't tell this to too many Canadians. They might just believe you.
And before Victoria day, it was Empire Day. Now then there was something to shout about.

Hmmm, I'm Canadian and I don't recognize anything here except Victoria Day and the Loonie. lol
AT

okay, i'm loath to admit this, but there was a southpark episode in honor of the "canadian monarchy" (and royal wedding satire) that was one of the funniest things i've seen all year (beyond the pale warning). of course, this ties in with your "rapture" post b/c mat and trey (creators of southpark) are also the producers/writers/songwriters of "book of mormon" on broadway (look for tony awards to come)

it is online if one wishes to be brave. first untoward and tawdry chuckle is on me.

Well, we DO have a lot of fabulous queens here in Canada.