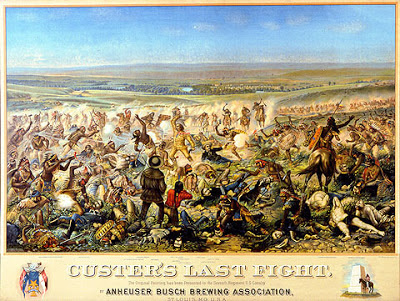 In some respects, especially since the US is a comparatively young nation, 137 years is ancient history,to a midwesterner the Indian wars were a million years ago. To a westerner, the memories may be recent, while an easterner might ask, What Indians?

Growing up in St. Louis, the mythology taught to innocent children in the '50s and '60s surrounding the battles was completely wrong, the Cardinals were not playing the Cubs that day. The battle was fought on a Sunday, and the professional baseball leagues then observed the Christian sabbath. 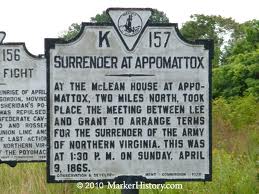 When do wars really ever end?  War time communications are unreliable and combatants are always suspicious, battles, skirmishes and deaths continue long after a war's outcome is thought to be settled.  The US Civil War was no exception.

Several days ago, June 19th, was the anniversary of Federal troops returning to Texas, two and half months after Appomattox, and almost a month (May 26) after General Smith surrendered his Trans Mississippi troops.

The Confederate warship CSS Shenandoah, which fired the last shot of the war and fearing capture as pirates, surrendered in Liverpool England on November 6, 1865. 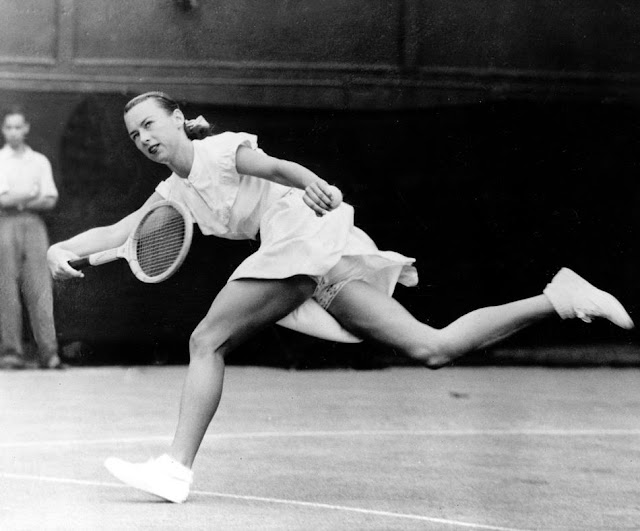 
In anticipation of next week's start of the 2013 All England Lawn Tennis Club tennis championship let us remember Miss Gertrude (Gussie) Moran.  In 1949, an era when female tennis players, especially at the All-England Club were expected to maintain decorum at all times, the American tennis ace Ms. Moran scandalized the club and the hoi polloi when she arrived on court for her match wearing a short tennis dress, along with ruffled lace trimmed knickers.  The press photographers had a field day (see above). 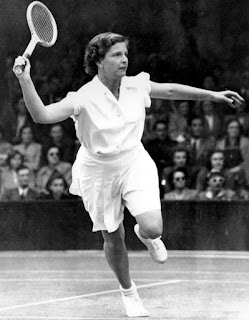 The other girls dressed more demurely, gaining attention for their play rather than their attire.  Gussie, however was talented and a beauty. Too bad she preceded the television era. 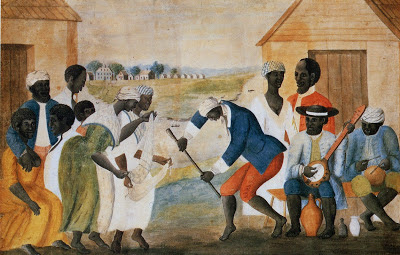 On June 19, 1865 two months after the surrender of Gen. Robert E. Lee ended hostilities between the US and Confederate states, US General Gordon Granger and his troops landed in Galveston, Texas, restoring Federal control to Texas . Upon arrival, Granger issued 3 general orders to the people of Texas. The third begins:

“The people of Texas are informed that in accordance with a Proclamation from the Executive of the United States, all slaves are free. This involves an absolute equality of rights and rights of property between former masters and slaves, and the connection heretofore existing between them becomes that between employer and free laborer.”

During the war,  Lincoln's Emancipation Proclamation freed slaves in rebellious states, however in practice, slaves were not freed until Union troops arrived to enforce their freedom, and the US Army was singularly unsuccessful fighting in Texas. The EP had almost no effect on Texas slaves or their owners.

Upon Granger's order the newly freed rejoiced, and most celebrated the anniversary of Gen Granger's decree, known as Juneteenth, for the rest of their lives.  By the turn of the 20th century, with many of the former slaves dead,  enthusiasm for and education about Juneteenth ended. By the Great Depression, annual observances had practically come to an end.   It took the leaders of the 1960's civil rights upheavals to remind the younger generation of the struggles of their ancestors, for Juneteenth festivities to be renewed.

Today, 27 states and the District of Columbia celebrate Juneteenth along with Texans. 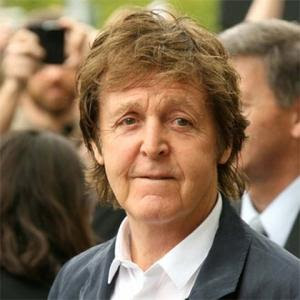 The third book of the Hitchhikers Guide to the Galaxy has this to say about today's birthday boy Sir Paul.

"Night had now fallen on ancient Krikkit... a small group of people... were walking home across the hill towards the town... actually singing a song about how terribly nice everything was... Arthur could almost imagine Paul McCartney sitting with his feet up by the fire one evening, humming it to Linda and wondering what to buy with the proceeds, and thinking probably Essex...

Arthur saw that a couple of members of the party were now singing a different song. It came lilting back to them through the soft night air, and was a sweet romantic ballad that would have netted McCartney Kent and Sussex and enabled him to put in a fair offer for Hampshire

"The middle eight bridge, which would have had McCartney consolidated in Winchester and gazing intently over the Test Valley to the rich pickings of the New Forest beyond, had some curious lyrics."

"From somewhere at the back of the crowd a single voice started to sing a tune which would have enabled Paul McCartney, had he written it, to buy the world."


Could you tell that Douglas Adams, the author of The Hitchhiker's Guide to the Galaxy, was on the receiving end of a lawsuit from Paul?

Happy Birthday Paul, and thanks for the memories

Be careful what you wish for Part 1 of 2

Lately, I had been giving thought to how to cut the time I spend staring at my computer screen. For better or worse, time online is time not watching television, but still, I feel I'm wasting my life away. So the gods intervened.

Ten days ago, I was talking to #1 son during a violent storm when our phone went dead. It stayed dead, along with very intermittent internet service until yesterday afternoon. For the first few days I was like a crack addict needing his next fix. Gradually, I came to terms with life off line. By mid week life took on the rhythm of what I remember life was like once upon a time, and I truly enjoyed it.

Five minutes after the repairman left the tranquility of life off line vanished forever. It's good to be back, I missed you. Now I have a lot of catching up to do.
Posted by Toad at 12:00 AM 3 comments

Email ThisBlogThis!Share to TwitterShare to FacebookShare to Pinterest
Labels: 6/17, wishes 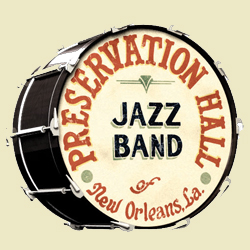 In New Orleans you can count on 2 things. You will see a famous face in a crowd and know the locals aren't going to press. Of course it's expected that kings, queens and notables would be there, they get hungry too. 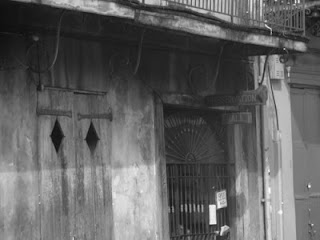 My favored people watching site is the venerable Preservation Hall, which celebrates its 52nd anniversary today. Preservation Hall hasn't changed much in the 40 plus years since my first visit to the French Quarter. The Hall is still a fire trap and still doesn't serve alcohol, but now the musicians are younger than I, and not always local. The music is, as always, top notch. 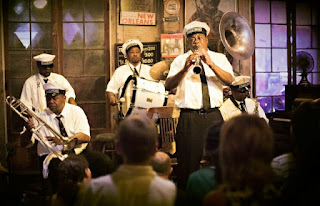 As with most New Orleans traditions, the past few years have been difficult for Preservation Hall. The touring Preservation Hall Jazz Band has been the savior, not only for the hall, but for the musicians as well. It's one of the best paying musical gigs going. Should they appear in your town adjust your busy calendar, take the kids and make it a must see. 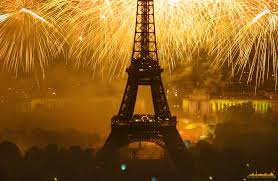 Some of us, perhaps too many, have that one kid you fear will never straighten up and fly right.  They are a lifetime of toil and trouble, but fortunately, especially if the pain in your side is a son, it likely works out in the end.

My youngest, the one time forest fire fighter, and Portland, Oregon denizen telephoned last evening to tell us he and his beloved have become engaged and are actively planning their wedding.  I am over the moon with happiness.

Mrs. T and the happy couple

I always prayed the right woman, willing to take on a project, would come along, and that he would have the wisdom not to resist.  My prayers have been answered a thousandfold.  Best of all, some of you may recall my buddy Finn,?  He is about to become my bonus grandson, how cool is that?

Let us give thanks

What is the question? 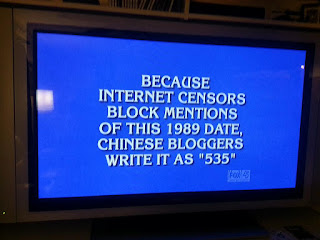 The television program Jeopardy presented this final Jeopardy answer several weeks ago.  None of the contestants answered correctly can you? 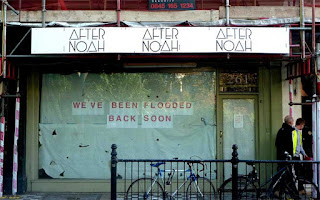 Before spring returns to the midwest and while waiting to learn who will become the Doctor I felt need for a bit of levity.  The Telegraph regularly publishes a segment called The Best of Sign Language.  The snaps are a collection of amusing public notices taken around the globe.  In the style of "best of the empire", the funniest notices are ironic, and often self evident.  One wonders at the thought processes. 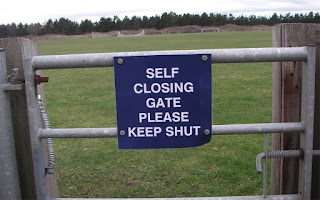 All photos from The Telegraph 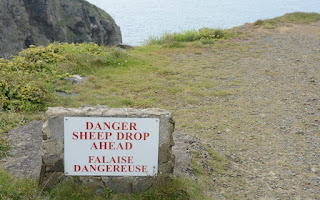 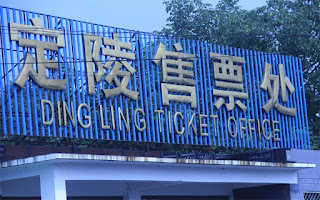 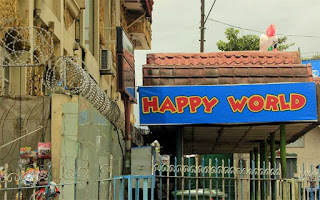 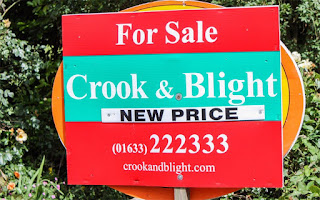 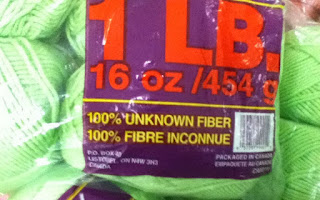 Email ThisBlogThis!Share to TwitterShare to FacebookShare to Pinterest
Labels: 6/2, odds and ends, the Telegraph 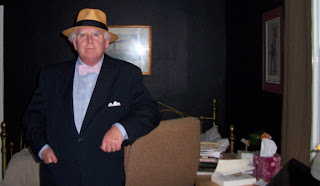 
Do you use GMAIL?  If so there is a new feature that you may have missed.  Click the settings icon (the gear on the upper right).  Half way down it says "configure in box".  If you click that, gmail will automatically sort your inbox into Primary (for your serious email) Social (for Facebook/tumblr.etc mail) and (for ads).  Sort the wheat from the chaff.