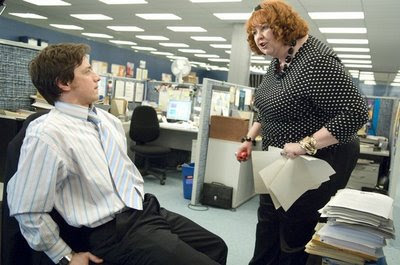 Forget politics and suspend judgement while you think back to the day before you ever heard of Edward Snowden. Edward was a young man with a good job, working in a cube in a nondescript office building, in a beautiful Maryland town, attempting to keep democracy out of government. Likely he flirted with a woman down the hall, lunched with his peers, went home to his cat at the end of the day. Edward also had a boss, in a heirarchy with expectations, responsible for head count, payroll and performance. Then one day Ed goes walkabout.

Things will never be the same in his old office. First, there's the guys in bad suits crawling over every inch of space in the building looking for what, they don't know and know they don't. New computers and multiple passwords for everyone not forcibly reassigned to Tallahasse, along with endless grilling of the troops by real spooks. Relentless re-education. Eventually things in the office return to new normal and the boss realizes he still has an important job to do, his reward structure hadn't changed and his headcount was down.

Imagine the applicant search, or a candidate tiptoeing through that job search minefield. "Wanted, contractor to replace Edward Snowden...."
Posted by Toad at 12:00 AM

Lost Ark will be available in the West on February 11. At that time, every MMO fan who is interested in it is best to prepare some Lost Ark Gold and study-related guides at IGGM.com!