I'm having a difficult time moving out of vacation mode. I'm tired, sore and unmotivated, for that I blame Fitbit's weekly stat report. Below is yesterday's report summary:

*** Thursdays and Sundays are rest days.

I was hesitant to buy a pedometer figuring that once I knew how far I walked I'd lose interest in tomorrow. So far Fitbit has kept the dogs and I moving, but we are too tired to care any more. Perhaps we need to join someone's friend group. 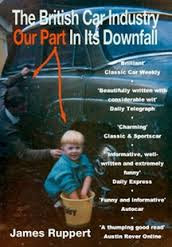 I have recently come across 2 books you may be interested in. The first for the Brits and car guys is "The British Car Industry Our Part in its Downfall" by James Ruppert retells the story of the mass suicide of British car manufacturing in the 1960's and 70's, as seen from the cars in the Ruppert family's garage. If you have owned and loved Brit cars for as long as I have you know some of the story, but there were still bits I was unaware of,such as how the British Army re-created Volkswagen after the war, and how while BMW owned Rover, BMW co-opted the ready to market Mini and developed their X line of 4 wheel drive cars using Land Rover technology.

The other of more general interest is "The Ayatollah Begs to Differ" by Hooman Majd. 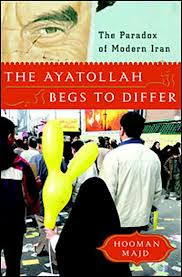 Mr. Majd, the son of a Iranian diplomat during the Shah's reign was educated in Britain and the US, now lives in America, and is a frequent visitor to Iran where members of his family still live. Iran is still too misunderstood in the west and Mr. Majd attempts to lift the veil and give westerners a look at how the people, government and the Shia branch of Islam coexist. He provides a clever look at and context for modern Iran.

I picked this up at Faulkner House book story in Nola and am finding it a slog. Have you gotten through it? Is it worth the continued effort?
Toad

Our car industry is a disgrace. i would read your recommendation but it would probably make me cry. I'm wallowing in Claire Tomalin's biography of Katherine Mansfield; what a revelation of a fabulous writer. She's the best biographer around; her 'Invisible Woman' about Dickens' mistress is compulsive reading.

Yours is the second recommendation I've heard recently praising Tomalin's book. I now have it on order, many thanks.

That's some serious walking dude. Husband does 10,000/day. I tried to match him this week, yikes. But I slept well:).

Claim faucet bitcoins at Easy Bitcoin. Up to 33 satoshis every 10 minutes.